Pretty much every time I go food shopping, I buy and apple or two. I love apples, they’re healthy and make a great snack with peanut butter, nutella, or just plain. I like to put them in salads, pancakes, I make them with chicken and bacon or pretty much anything else I eat. The best thing about apples is that the more you eat, the less you have to go to the doctor. Yes?
Today when I got home from grocery shopping, I opened the drawer in my refrigerator to put away my 3 new apples, only to find that I already had 8 apples. Talk about apple overload. So I said to myself, “Self, what the heck are we going to do with all these apples?!” Then I thought about something I’ve been dying to try for.ev.hair. Mini apple pies! Dessert is my favorite meal, and since I kind of skipped dinner/had way too big of a lunch this is perfect.
*Fun fact- in 6th grade, Mrs. Tryon taught my class that you can remember how to spell dessert but thinking of which you want more of, desert or dessert. More s’s, more treats!

To start, I poured about two or three cups of fresh apple cider, which you can find at just about any grocery store right now, into a pan on low heat. I poured a little sugar, maybe a teaspoon or so, into the apple cider. I put the cover on and let the two get acquainted with one another. Next, I sliced two apples into small, thinly sliced pieces. I added a few cinnamon sticks and a few good shakes of ground cinnamon. Replace the cover and let it sit for 5-10 minutes.

This is the time you want the apples to soak up the flavors of the apple cider (is this cannibalism?) and the cinnamon. But!! Please be careful, because if you let the apples sit too long, they turn into apple sauce. Unless you’re trying to make apple sauce, then go for it (you can use water instead of cider to make sauce, its magnificent and super easy and fresh!) Anyways, just keep an eye on it and make sure they doesn’t get too soft. Also, I didn’t peel my apples. Just so you know.
While that’s simmering, grab your uncooked biscuits and a cupcake pan. I kinda just winged this; a cupcake pan seemed to make the most sense. Spray it with a little non-stick spray, getting into the cups. Flatten the biscuits out and put them into the cups. I tried to make them a little bigger than the cups for a crust. Just beware, these things do grow as they bake.

To finish off the filling, I added a little flour, maybe half a cup, just to thicken it up. Mix it in at the end, and stir well because chunks of flour are gross. I also added a few spoonfulls of my mom’s homemade peach jam. Not totally necessary, just delicious. Spoon a little of the filling into each cup. I put a few chocolate chips in too, but after I filled the cups otherwise they’d instantly melt. Unless you want them to melt and mix in with the filling. Also, there’s nutella in my picture which I didn’t end up using. But it would have been a delicious addition.

Sprinkle a little more ground cinnamon on top of each pie, then place in the oven at 400º for about 10-15 minutes. Just keep an eye on them, once they start to turn golden brown, they’re done!

Let cool for a few, then serve with your favorite ice cream! A sweet fall treat for watching football over candlelight, oh the romance. GO PATS! 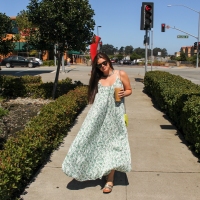