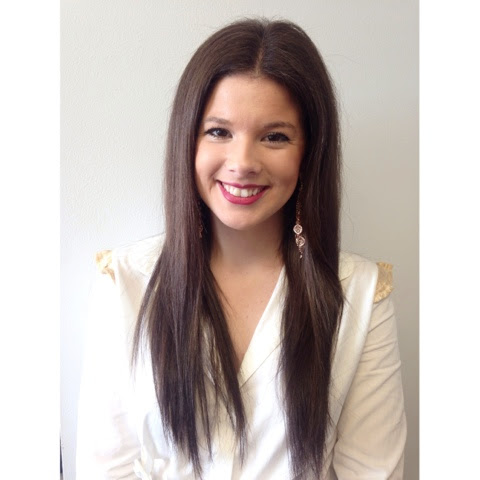 New Yorker Seeking New Yorker
By Stephanie Borak
It’s Sunday morning and I just got home. Not from where most people go on Sunday mornings in a sundress, but from where a chosen few of us city dwellers go on Saturday nights in sequin skirts and high heels. And let me tell you, if you know the pain heels cause, I’m sure you can imagine the pain of having to put them back on in the morning, as well as the pain of receiving those glares. Generally, I prefer to not be the one doing this, but I have learned over my five, well-experienced years in New York City, that a girls gotta do what a girls gotta do.
I don’t consider myself as someone that routinely dates, and there’s no comparison to a few of my girlfriends that go on numerous dates a week searching for the one. I work one full-time job in the fashion industry during the week and a part-time job on the weekends for fun. I do this all while keeping up with my blog, Let’s Talk Twenties, and having some sort of social life. Dating? It usually isn’t the most important thing for many New Yorkers; we’re all too busy chasing that dream.
New Yorker. I don’t like to brag, but I was told by a good friend that if you can make it in the city for at least five years, you’re a New Yorker. This friend, who I met four years ago at my tender age of 20, has given me great advice thus far in my Big Apple life. He is in his late twenties, knows people everywhere he goes, and most importantly, is a New Yorker, times two. Talk about a long time living in the city.
We’ve had a few meetings, if you will, here and there. Hook-ups, make-outs, drinks, chats, late-night run-ins. All in all, after four years, we remain the same kind of friends that we always have been. I’m not sure exactly what you’d call that, but who says you have to define every relationship.
Some of you know I’ve been on and off long distance with a guy in the last few years. It started in high school, then went to long distance, then went even longer distance when I moved across the pond for a few months a couple summers ago. After, for reasons I won’t be sharing, it went to nothing. Two years later, we decided to try again and he moved in. He moved out a month later. What I learned from him is that regardless of what a man tells you, he has not, and will never change. Yes, there is the exception, but sadly, this was not.
I mention this because all too often we let our feelings and dreams get in the way of what we want or what is best. My New Yorker and I haven’t let that happen. We are able to openly discuss funny date stories, even funnier hook up stories, things happening in our lives at any given moment (even if we haven’t spoken in months), share embarrassing stories, and have no shame about thedrunken weekend texts we exchange.
Trust me when I say, not all men in the city are this kind of guy. Most of them move here to have the time of their lives and get rich. Unlike most women who choose to move here for work, experience, and to find love. If she’s lucky, she’ll get all three. Me? I’m still working on one of those-I’ll let you figure out which. Or maybe through this journey we can figure it all out together.
The problem with men here is that the ones you want to be serious with don’t want anything to do with it but sex. Yeah, they might act like they want something more, however usually you find out it’s not true the hard way. Unfortunately, you also learn to stereotype men by their jobs. When I meet a guy and he tells me he works in finance, I used to get excited. Now, I unintentionally roll my eyes, but obviously, still happily take the drinks he buys for me.
If you meet a guy that works in finance, trust me when I say that you will know within the first three breaths he takes while hitting on you. Usually it goes something like, “You have the most amazing smile in this place. Hi I’m Jonathan, I work in finance and I love my nieces.” What that means is “You’re hot, seem drunk, and I think you’ll go home with me if I convince you I’m rich and want to get married in the next three years.” Nicely done, sir.
Hey, I can’t say I’ve never been convinced, but when another guy says his job is in the CIA and you wake up seeing pants laying on the floor with a gun clipped to the belt in the morning, I’d say that’s not the best kind of wake up call. I happily took his drinks and his sweet talk. MaybeI just thought the gun was kind of badass, and really in the end, he was just an ass. On to the next one.
I don’t want to come across as a bitter, heartbroken, psycho. I’m just a classic romantic love-seeker and I’m learning these life lessons with each day that I’m given. I work hard, have fun, and sometimes make the wrong choice. All I do to make it right is learn what I did wrong and make sure not to do it again. Thankfully I have my New Yorker to continue to helping me along the way, if I’m lucky.